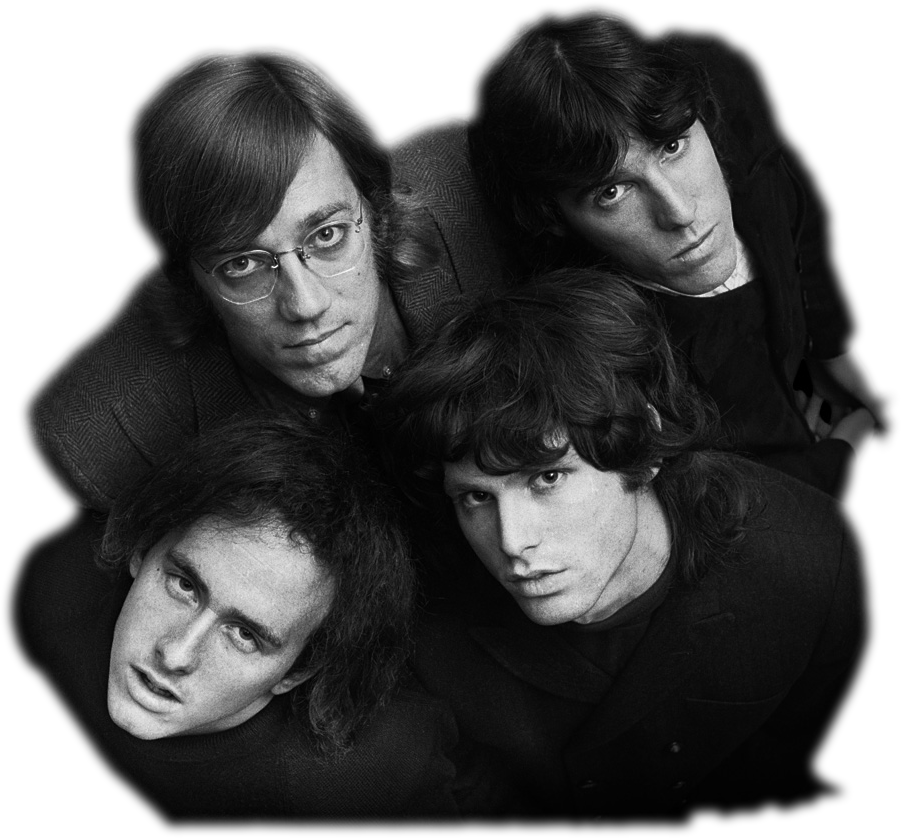 With an intoxicating, genre-blending sound, provocative and uncompromising songs, and the mesmerizing power of singer Jim Morrison’s poetry and presence, The Doors had a transformative impact not only on popular music but on popular culture.

The Doors’ arrival on the rock scene in 1967 marked not only the start of a string of hit singles and albums that would become stone classics, but also of something much bigger – a new and deeper relationship between creators and audience. Refusing to be mere entertainers, the Los Angeles quartet relentlessly challenged, confronted and inspired their fans, leaping headfirst into the heart of darkness while other bands warbled about peace and love. Though they’ve had scores of imitators, there’s never been another band quite like them. And 50 years after their debut album, The Doors’ music and legacy are more influential than ever before.

Morrison’s mystical command of the frontman role may be the iconic heart of The Doors, but the group’s extraordinary power would hardly have been possible without the virtuosic keyboard tapestries of Ray Manzarek, the gritty, expressive fretwork of guitarist Robby Krieger and the supple, dynamically rich grooves of drummer John Densmore. From baroque art-rock to jazz-infused pop to gutbucket blues, the band’s instrumental triad could navigate any musical territory with aplomb – and all three contributed mightily as songwriters.

The group was born when Morrison and Manzarek – who’d met at UCLA’s film school – met again, unexpectedly, on the beach in Venice, CA, during the summer of 1965. Though he’d never intended to be a singer, Morrison was invited to join Manzarek’s group Rick and the Ravens on the strength of his poetry. Krieger and Densmore, who’d played together in the band Psychedelic Rangers, were recruited soon thereafter; though several bassists auditioned of the new collective, none could furnish the bottom end as effectively as Manzarek’s left hand. Taking their name from Aldous Huxley’s psychotropic monograph The Doors of Perception, the band signed to Elektra Records following a now-legendary gig at the Whisky-a-Go-Go on the Sunset Strip.

Their eponymous first album, released in January 1967, kicked off with “Break on Through (to the Other Side)” and also featured the chart smash “Light My Fire”, the scorching “Back Door Man” and the visionary masterpiece “The End”. The Doors arrived fully formed, capable of rocking the pop charts and the avant-garde with one staggering disc. Before ’67 was over, they’d issued the ambitious follow-up Strange Days, with such gems as “Love Me Two Times”, “People Are Strange” and “When the Music’s Over”.

Next came 1968’s Waiting for the Sun, boasting “Hello, I Love You”, “Love Street” and “Five to One”. Over the next few years they minded over new territory on such albums as 1969’s The Soft Parade (featuring “Touch Me” and “Tell All the People”), 1970’s Morrison Hotel (which includes “Roadhouse Blues”, “Peace Frog” and “Queen of the Highway”) and 1971’s L.A. Woman (boasting “Rider’s on the Storm”, “Love Her Madly” and the title track).

They released six studio albums in all, as well as a live album and a compilation, before Morrison’s death in 1971. Their electrifying achievements in the studio and onstage were unmatched in the annals of rock; and though Morrison’s death meant the end of an era, Manzarek, Krieger and Densmore collaborated on two more original Doors albums, Other Voices and Full Circle, and a set of tracks they composed to accompany Morrison’s 1969 recording of his poetry, released in 1978 as An American Prayer. They also pursued individual music projects, books, theatrical productions and other enterprises – and remain restlessly creative to this day.

In the decades since the Doors’ heyday, the foursome has loomed ever larger in the pantheon of rock – and they remain a touchstone of insurrectionary culture for writers, activists, visual artists and other creative communities. Their songs, featured in an ever-increasing number of films, TV shows, video games and remixes, always sound uncannily contemporary. No matter how the musical and cultural tides turn, The Doors will always be ready to help a new wave of listeners break on through to the other side.

The Doors were inducted into the Rock & Roll Hall Of Fame in 1993.

Singer for The Doors At the center of The Doors’ mystique is the magnetic presence of singer-poet Jim Morrison, the leather-clad “Lizard King” who brought the riveting power of a shaman to the microphone.

Morrison was a film student at UCLA when he met keyboardist Ray Manzarek on Venice Beach in 1965. Upon hearing Morrison’s poetry, Manzarek immediately suggested they form a band; the singer took the group’s name from Aldous Huxley’s infamous psychedelic memoir, “The Doors of Perception.”

Constantly challenging censorship and conventional wisdom, Morrison’s lyrics delved into primal issues of sex, violence, freedom and the spirit. He outraged authority figures, braved intimidation and arrest, and followed the road of excess (as one of his muses, the poet William Blake, famously put it) toward the palace of wisdom.

Over the course of six extraordinary albums and countless boundary-smashing live performances, he inexorably changed the course of rock music – and died in 1971 at the age of 27. He was buried in Paris, and fans from around the world regularly make pilgrimages to his grave.

In 1978, the surviving members of the band – keyboardist Ray Manzarek, guitarist Robby Krieger and drummer John Densmore – reunited to record the accompanying music for An American Prayer, a compilation of Morrison’s poetry readings. He remains the very template of the rock frontman, and his singing, poetry and Dionysian demeanor continue to inspire artists and audiences around the world.

Keyboardist for The Doors Ray Manzarek was the architect of The Doors’ intoxicating keyboard sound. Manzarek’s evocative playing fused rock, jazz, blues, bossa nova and an array of other styles into something utterly, dazzlingly new.

The group was born in 1965, when Jim Morrison and Chicago native Manzarek — both UCLA film students — met on Venice Beach. The singer’s poetry was a perfect fit for the classically trained keyboardist’s musical ideas, and eventually they decided to form a band. Though several bassists auditioned for the group, none could match the bass lines provided by Manzarek’s left hand. Signed to Elektra Records, The Doors released six studio albums, a live album and a compilation before Morrison’s untimely demise in 1971.

Manzarek, Krieger and Densmore released two albums as a trio under the Doors moniker, with Manzarek and Krieger handling vocals. Manzarek next formed the group Nite City, which invited comparisons to Mott the Hoople and Aerosmith; the quintet released its one album in 1977.

The surviving Doors reunited to create a musical backdrop for Morrison’s recorded poetry on the 1978 release An American Prayer. Manzarek produced and performed on five of the L.A. band X’s albums, including Los Angeles, which remains one of the high-water marks of the punk movement. The keyboardist authored several books, and recorded numerous solo albums. Ray lived with his wife of 45 years, Dorothy, in Napa, CA until his passing in May of 2013 following his ultimately fatal bout with bile duct cancer.

Drummer for The Doors 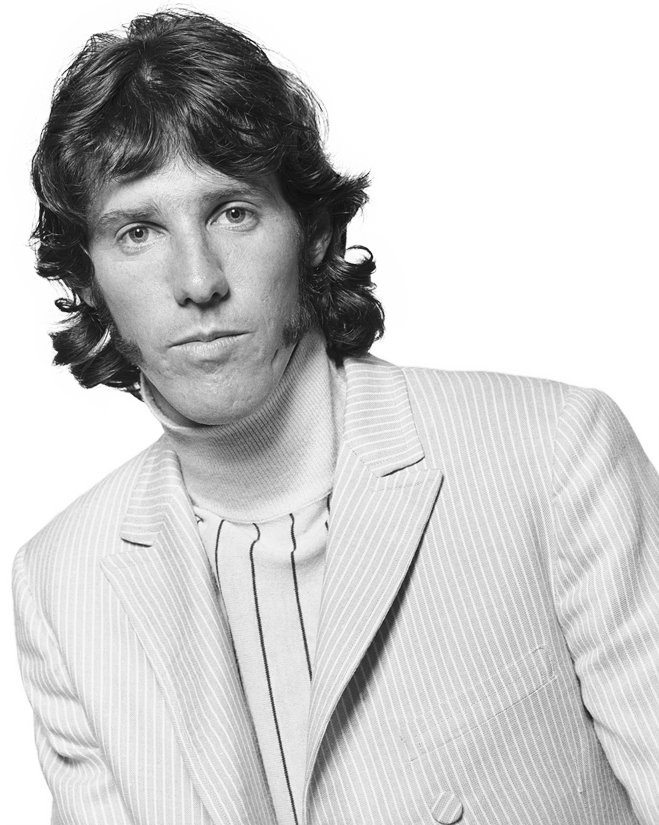 Drummer John Densmore was far more than merely the rhythmic engine of The Doors. Strongly influenced by jazz skinsmen like Elvin Jones and the supple grooves of the Brazilian wave, he brought a highly evolved sense of dynamics, structure and musicality to his beats.

Inexorably drawn to music from childhood, Los Angeles-born Densmore honed his sense of dynamics playing with his high school marching band. In the mid-’60s he joined guitarist Robby Krieger in a band called Psychedelic Rangers; shortly thereafter they hooked up with keyboardist Ray Manzarek and Morrison, and an explosive chapter in the development of rock ‘n’ roll began. A raft of paradigm-shifting recordings and epochal live performances would follow.

Morrison’s death in 1971 marked the end of an era, though the surviving trio recorded two more albums of songs and an instrumental backdrop for the late singer’s recorded poetry.

The versatile musician explored reggae and jazz in subsequent projects, wrote books and articles and became active in L.A.’s adventurous theater community. He earned an L.A. Weekly Theatre Award for the music he created for the Tim Robbins-directed stage production Methusalem. He also co-produced the play Rounds, which was given the NAACP award for theatre in 1987.

Densmore’s autobiography, Riders on the Storm: My Life With Jim Morrison and The Doors, was published in 1991 and was a New York Times bestseller. He’s written articles and essays for Rolling Stone, London Guardian, The Nation, and many nationally syndicated newspapers.

Guitarist for The Doors 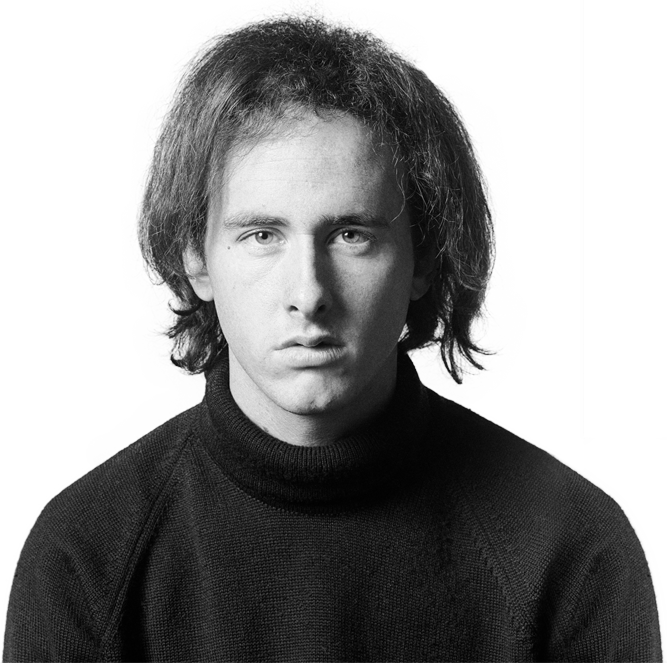 With a flair for wicked bottleneck slide, exploratory solos and gutbucket grooves, guitarist Robby Krieger brought a stinging, sinuous intensity to the sound of The Doors. But he was also a key songwriter in the band and penned some of their biggest hits – notably their mesmerizing #1 hit, “Light My Fire.”

Before picking up the guitar at age 17, the L.A. native studied trumpet and piano. The inspiration for switching to guitar came not from rock ‘n’ roll, but Spanish flamenco music. His first guitar hero, however, was jazz legend Wes Montgomery.

After Morrison’s death in 1971, Krieger, Manzarek and Densmore carried on as a trio. They released two more albums as the Doors before calling it quits in 1973, though they did reconvene a few years later to create music for poetry Morrison had recorded shortly before his death, released as the 1978 album An American Prayer.

Krieger went on to enjoy success as a jazz guitarist, recording a handful of records with the Robby Krieger Band in the 1970s and ’80s. Versions (1983) and No Habla(1986) amply demonstrate his versatility. “I think playing guitar is probably the one thing that gets better with age,” he says.Robby Krieger is listed among Rolling Stone’s “100 Greatest Guitarists of All Time.”