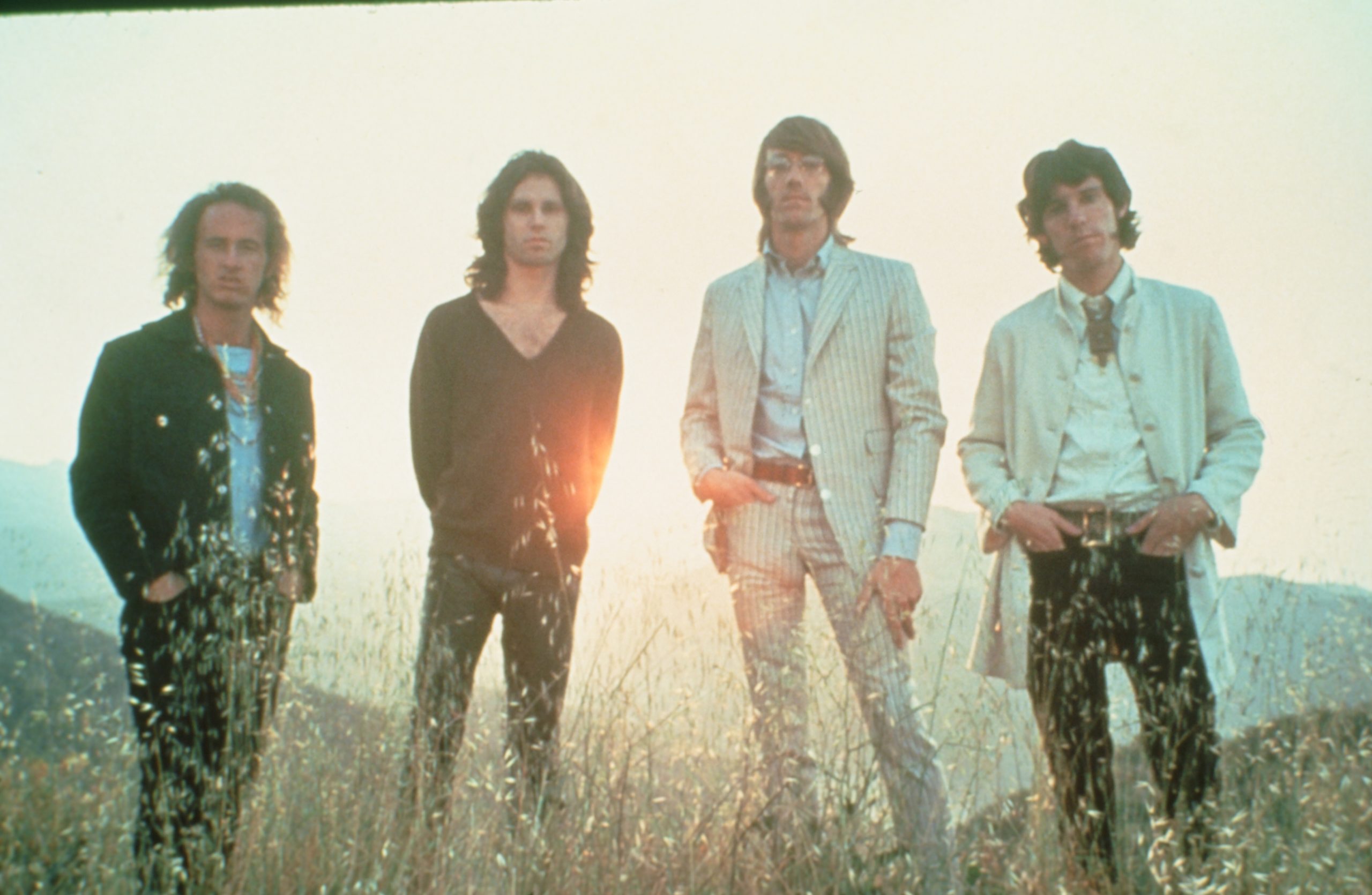 JIM MORRISON
A Shaman’s Sojourn Through The Doors Music Company
ROCK takes pride in presenting a profile of Jim Morrison by the writer who probably knew him best.

The Doors became nothing less than myth-makers, Morrison a performer of monstrous proportions. They stood for all the unpredictable and forbidden excitement America had ever dreamed of – and they delivered.

The Doors became the media’s delight and Morrison, the darling of the avant-garde. He was called “The Ultimate Barbie Doll,” “The King of Acid Rock,” “The King of Orgasmic Rock.” “The New James Dean,” and finally “The Lizard King.”
A Doors concert was a trip into the unknown: a mystical, dark, intense, evil world – more than rock and roll. The press called it Theatre Rock. Gothic Rock, Theatre of the Unknown. But that only came close to describing the overwhelming presence of the Doors. They were the purveyors of the endless night, of Everyman’s nightmare. Morrison was every girl’s dream, every boy’s self-image.

The Doors were not act. They were very alive. Ray Manzarek on keyboards was incredible. Robbie Krieger’s fret fingers were like five snakes slithering over the strings. John Densmore was one of the most under-rated drummers of all time. And in front, picture beautific, angelic, unpredictable, gamey, and brilliant Jim Morrison. Jim was everything you have heard of and more. Whether he took a grip of a rising curtain, hanging on until it stopped, then dropping twenty feet as he did at a concert in New Jersey , or diving off the stage, flopping like a fish out of water or suddenly dropping like he was just shot at point-blank rage, Morrison delivered his very best.
At most concert, The Doors would usually begin with “When the Music’s Over” or “Back Door Man.” When it was time for the lyrics, Jim would leap out from the shadows, causing a wild combination of gasps and screams. He would fondle the microphone stand, as the music would build; Morrison was a shaman. He would go into a trance, and take the audience with him as they were mesmerized by the music. His performances were electric.
The audience would sit in awe on nights such as these, when The Doors were at their best. The band would put them on the edge of their seats, caressing them with an hypnotic, pacifying rhythm – lifting and peaceful. Then the mood would grow ominous. And it would build, and Jim would writhe, the instruments would lock and the air would crackle and intensify.
Jim would throw back his head, moving his left leg in time with the music. Then, at the height of excitement the music would stop. Ray’s head hung, eyes closed at stage left. Densmore awaited the clue. Kriger lost in a daze. Suspense. And with no sign of warning Jim would throw is face directly toward the audience, eyes agog and blazing, tearing at the microphone stand with his hands; he’s fill the silence like a vacuum, he’d scream out the most blood-curdling scream, the most devastating death cry you could ever imagine. The audience, already on the edge of their seats, were devastated as shot through the ceiling. They were Jim’s now. He could take them along his trip, or he could leave them behind, to feel empty forever. Inevitably the concert would end, and without so much as a good-bye, The Doors would split leaving the audience either stomping their encore, or riveted to their seats, entranced.

Jim Morrison was a superstar. “Touch Me” made the charts, Miami made the news. His tour was cancelled. The last of The Doors twelve arrests culminated in a total of forty odd charges. Over ten in Miami alone, including felonious indecent exposure. Jim had gotten out of his previous busts, the breach of peace in New Haven, inciting a riot in Denver, Seattle, Hawaii, and Boston, the airline stewardess ruse, he slid out of them like he slid into his leathers, but he couldn’t shake Miami.
The line he had written earlier, “You are caught in a prison of your own devices” because a haunting description of his predicament. He was paying the price for “delivering,” and rock and roll went on trial.
The result was tragic. Jim Morrison, after four albums (The Doors, Strange Days, Waiting for the Sun, and The Soft Parade) had began a rebellion against his own image, something he himself had created. But he couldn’t just stop, it was out of control. The Doors had become a monstrous corporation. He was bound to contracts, there were expectations
…and the record company wanted another album. The Doors went in to record Morrison Hotel. They gigged sporatically where they could. The Miami bust had sparked a nation-wide ban on the Doors. No promoter would touch them except for a firm called West Coast Promotions, and even they had to post a ten thousand dollar bond so the Doors could play in a union hall, a five thousand dollar bond for the “Fuck” clause, and they were banned in 16 states. The concerts sold out, but they lacked the old magic. The rock still burned, but Jim shed his leathers and subdued his image. He feared another bust.
After nearly two years the Miami trial was concluded and Jim’s lawyers began their lengthy appeals. Jim was found guilty and faced up to ten years in the state pen.
In December 1970, the future of The Doors was at best uncertain. As a recording entity, they had fulfilled their contractual obligations to their recording company. They had delivered their share of albums, had chalked up eight gold albums (at the time more than any other American group) with L.A. Woman, their best album in years which was streaming upwards on the charts. Ray, Robbie, John and Jim were all worth well over a million dollars each. The Doors had become synonomous with sensationalism and musicianship; perhaps it was the first rock and roll band to combine those two essential attributes with the pose they projected. Their appeal was inviting and enormous. And Jim wanted out.
Jim realized that stardom was unreal, but he was real. He’d played the game long enough—it wasn’t fun any longer. He looked around himself and became closer to the people he’d worked with for so long. He joked, became more and more accessible, put on weight, grew his bear wild and woolly and eased up a bit on the booze, but partied more energetically than ever as if to celebrate his decision.
One day the singer announced he was going to Paris with Pamela, to travel, to write some poetry, maybe even to write a screen play. He didn’t know for sure, he just wanted to wander, on land and in his mind. And whenever he returned they’d discuss the possibility of resuming the controversial career of The Doors. In the meantime however, he was going on vacation. They’d all earned one and they all agreed the time was right. Jim Morrison left L.A. with a gleam in his eyes and high hopes of starting a new life.
But Jim was not born into this world to take life easily. His essence defied tranquil existence; every fiber of his body was drawn too taut for that. He wanted the world and he wanted it now!—not later. He was born to be a peripheral citizen, walking the edge, stoned, immaculate. His thirst for experience and sensation and excitement was insatiable; he could not slow down and he certainly could not stop. At 27, Jim was the oldest soul I ever knew. He made his own magic, always held the center of attention, always amazed everyone. But the one thing Jim Morrison wanted most, he never had. On July 3, 1971, James Douglas Morrison found peace.