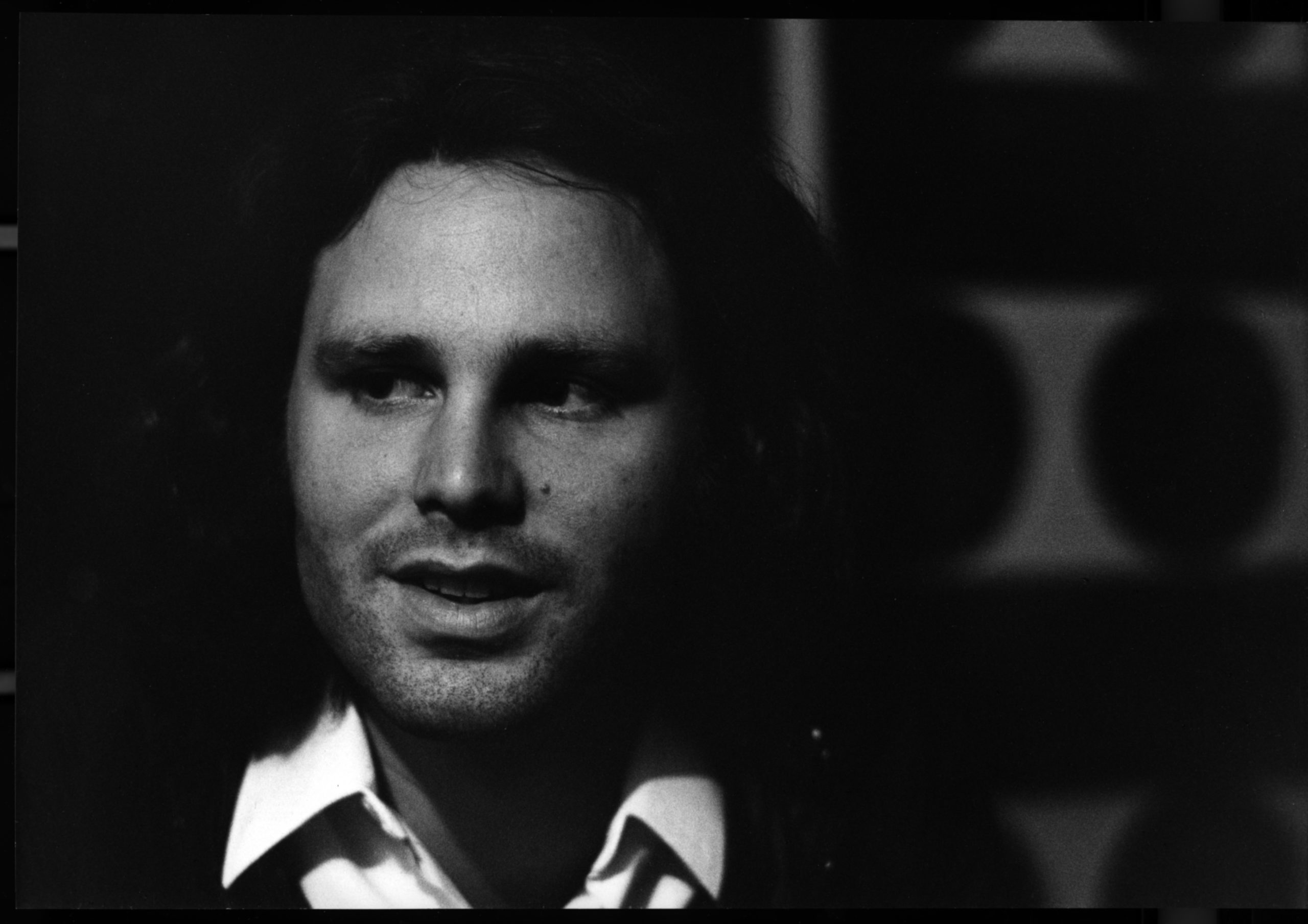 Jim Morrison was sentenced October 30. It was expected that Jim would receive the maximum sentencing, but the judge got goodhearted and whacked off 2 months and sentenced Jim to 6 months with a $500.00 fine.
But Jim won’t be serving his time for a while yet. The appeal has already started in the higher courts, and till it goes through, Jim Morrison is relatively a free man! Appeals sometimes may take up to 2 years to go through, chances are very that Jim won’t be sentenced at all, considering all the flaws in the first trial. Or, if he does, the penalty will be very minimal.
Controversial Jim hasn’t appeared very worried or concerned about the outcome since he has returned to Los Angeles. He’s been staying with a friend in a hotel suite on the Sunset strip, relaxing and recording and taking care of some business that was neglected while he was away.
The trial did take its toll on Jim, and for that matter on the rest of the band, as well. Their European tour was cancelled by Judge Goodman because he didn’t want Jim to miss any court sessions. The tour was planned to start immediately after their Isle of Wight performance. Also, many of their concerts in the States were cancelled. Plane tickets to Miami alone cost a small fortune, not to mention the lawyer fees. (Max Fink, Jim’s lawyer should be congratulated for doing an excellent job, on a most difficult, yet, trivial case.)
The law has always held an interest, although a disgusted interest, for Jim. This trial gave him a chance to find out how the law and the up-holding of the constitution was carried out. Jim took notes throughout the entire episode, and there is a good chance that his views may be out in book form shortly.
Danny Sugarman